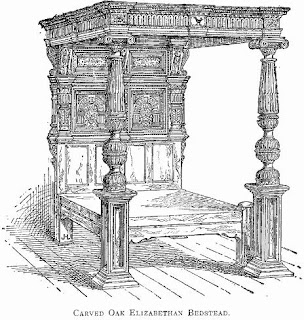 Just wanted to share this wonderful fifteenth century manuscript illustration depicting a rich lady atop her tomb with her decaying bones beneath.

Fewer posts going up at the moment as the deadline for my book approaches- be back soon !
Posted by Amy Licence at 10:58 No comments: