Rebuilding the King's body: Richard III's skeleton may speak for itself. 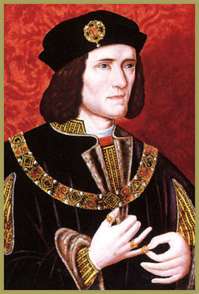 Hunchback ? Usurper ? Murderer ? Says who ? In the five centuries since his violent death on Bosworth Field, Richard III’s reputation has been hotly debated among academics and enthusiasts alike. Perhaps no other English King has caused so much controversy and elicited such a devoted following. Vastly polarised images of the last Yorkist monarch have emerged, from the caricature promoted by More, Vergil, Holinshed and Shakespeare, to the responsible King who took on the mantle of England’s rule amid tragic circumstance that left a permanent stain on historical record. One of the key areas of contention has been Richard’s appearance but eagerly anticipated new evidence may have light to shed in this area. 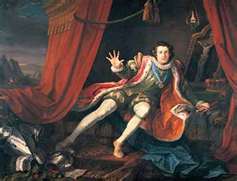 Richard III played by David Garrick in the Eighteenth Century
The late medieval correlation between physical appearance and moral character has played a key role in shaping later interpretations of Richard. As the brother to the tall, blonde Edward IV and George, Duke of Clarence, Richard appears to have taken more after his father, being dark-haired and wiry. It may be significant that he had three older brothers yet was the first to bear his father’s name. Evidence for his supposed deformation has come from a variety of sources: the 1456 Clare Roll, written as a record of the Clare family’s ancestry, commented that the four-year-old “Richard liveth yet,” giving rise to assumptions that he was a weak child. However, in the context of an age when infant mortality was high, and demographers have estimated that approximately only half of babies born in the fifteenth century reached their fifth birthday, such a comment seems entirely appropriate, if not expected. He was then the youngest child in the family, whilst his siblings were considerably older. It was also meant to distinguish him his younger sister Ursula who had already predeceased him and the long dead ancestors of whose stories he was the culmination. 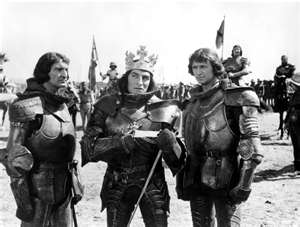 Rumours of his “monstrous” birth appear to have originated with John Rous, the chronicler of the Neville family into which Richard married. Critically, two versions of Rous’ Roll survive, giving a powerful indication of the way that historiography has shaped the individual to purpose and not always upheld the impartiality so desirable in modern scholarship. The first Roll, written before 1485, presents the King as a “good” ruler who champions the cause of the common man; however, after the arrival of Henry Tudor, Rous rewrites the past, introducing the first description of Richard’s “monstrous” birth. Now, the “good” King appears to have required a two year gestation period before being born with long teeth and hair. No suggestions of such a horrific arrival survive from the 1450s. It is likely that Rous was rewriting events to suit the new dynasty’s sensibilities, however it cannot be ruled out that earlier sources may have been destroyed or presented in a more flattering light to an influential family of the day. We do know that such “monstrous” births were considered to be reflective of the moral practices of the parents and omens of ill-fate. The Yorkists were famously superstitious, with Edward IV’s vision of the parhelion or three suns in the sky taken to be a prediction of the outcome of the Battle of Towton and subsequent direction of the Cousins’ Wars. Rous’ rewriting may have been an act of self-preservation. Polydore Vergil, Thomas More and Shakespeare exploited it for their own purposes and may or may not have believed it. The image of the hunchbacked King is hardly compatible with the reputation Richard established early on, as an impressive military commander. Equally, in his youth, one duchess described him as the handsomest man in the room. Modern technology has also enabled the x-raying of portraits that have clearly been doctored to show a raised shoulder and withered arm. 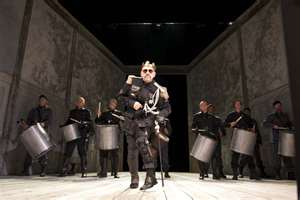 The recent excavations in a Leicester car park have reignited a debate which has never really died. Although the world will have to wait between eight and six weeks to discover whether these remains are in fact those of the lost King, the possible presence of scoliosis could be very controversial. After the extensive debunking of these supposed historical myths, it might turn out that Richard did actually have some form of curved spine after all. If this is the case, the implications for historiography- the attribution of meaning to written and pictorial forms of evidence – will be significant. Many current theories about Richard may need to be reconsidered. While all historians are aware that they are, by definition, dealing with imperfect surviving material, this case may really expose the difficulties of drawing conclusions from a few biased fragments. What picture of King Richard III will emerge from these excavations ? Whatever the DNA tests prove, it is to be hoped that the dig will encourage all those involved to reflect upon the nature of history and the importance of objectivity in attempting to uncover the “truths” of the past, if such a simple concept exists. Then, a new Civil War may well be fought over the burial of his remains.

My biography of Anne Neville, Richard's wife, will be published by Amberley in 2013.
Posted by Amy Licence at 07:25