The King on Display ? It Remains to be Seen. 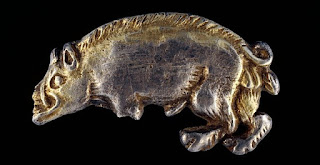 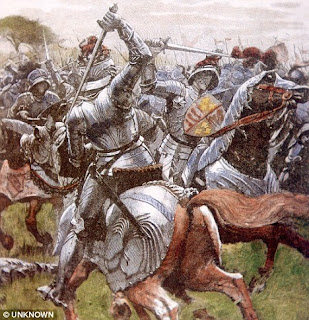 Leicester University archaeologists who recently uncovered what may prove to be the bones of Richard III, have taken the decision not to put them on display. For some, this will come as a relief, whilst others will be pushing for the remains to be photographed, filmed and ultimately put on display. In a press release of September 12, leaders of the dig confirmed the discovery of a well preserved male skeleton, displaying trauma consistent with a violent death on the battlefield.  The last Yorkist King’s valiant stand at Bosworth has become the stuff of literature and legend: more than five centuries later, the unearthing of his skeleton promises to prove deeply controversial.

Unfolding coverage of the site has generated huge excitement since the choir of the Grey Friars church was first located in August, consistent with the site of chronicler John Rous’ description of the King’s burial. All the signs look good. The bones have now been removed from their resting place and transported to the laboratories of Leicester University. While their delicate work continues, DNA evidence will not be available until at least December, some time after which, their identity will finally be confirmed. Predictably, there is huge interest in the findings. Various images of the dig have been published, including those of the press crowding around men dressed in late medieval armour. It is also possible to view online galleries containing other finds, such as tiles and pieces of masonry and to visit the site on heritage open days. The closest the public can get to the bones though, is to view the scraped-out hole where they were found, which now lies empty. Richard III is still missing in action. 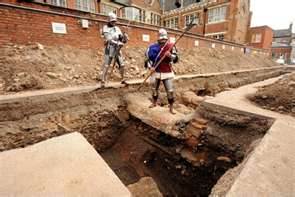 Site of the Grey Friars excavations in Leicester


It's not as if the public have not seen human remains before. Regular viewers of popular archaeological and historical television programmes like Channel Four’s “Time Team” are used to seeing various skeletal remains being unearthed, removed and examined in situ. We see fragments of skulls, finger bones and pelvises gently lifted out and shown the consideration and respect by those involved. After all, as these popular archaeologists are quick to establish, these were real people, whose burials were carried out according to the religious sensibilities of the day. Their wishes must be respected. Such programmes also make clear that if there is any doubt regarding the dating of human remains, the local constabulary need to be informed.

This media exposure may be partly responsible for the frustration arising from Leicester University's decision. Their explanation, of the department’s policy of respect due to any burial regardless of identity, is unambiguous and understandable. It is in line with the best archaeological practise as outlined in a 2005 English heritage report. However, the issue does raise further questions regarding the morality and ethics of the handling of human remains and the question of public interest. For some, it seems to be a thorny issue as to whether bones which have been exposed, dismantled and physically removed from their grave, could be violated further by the taking of photographs. Does it make any difference to a dead man's bones, or his soul (consistent with his religious beliefs) if his image is captured in this way? 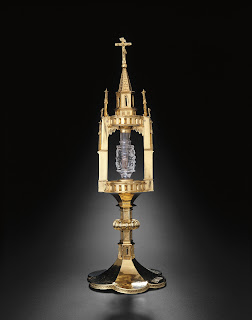 
One of the ironies is that in Richard III’s day, the skeletal remains and other artefacts of saints, such as hair, toe nail clippings and clothing, were widely displayed in churches and shrines. The authenticity of these highly prized items was called into question during the Reformation but for a late medieval Catholic, like Richard, they were invaluable for their devotional and healing properties. Richard would have seen and possibly handled such relics with great reverence. Of course, no one is suggesting that his body be made available for the masses to touch but its display would be well within a tradition he would understand. There is also the question of audience. In medieval times, a pilgrim may make a special journey, often hundreds of miles, specifically to see such an item. These days, pictures can be splashed all over the internet, world wide, in seconds. People are free to respond to them as they chose, in the safety of their own homes, rather than showing the proper respect that a tomb or shrine could command. So where should the line be drawn for the modern media?

Museum displays of locks of the hair of historical figures regularly attract interest but sometimes invoke a shudder of repulsion. Some people find it ghoulish to have these preserved. The hair of Mary Tudor and Katherine Parr, which has been kept inside lockets, may be of legitimate interest to students of the Tudor period, interested to verify written sources of those women’s appearances. However, given the Victorian passion for using hair in mourning jewellery, would those students be as comfortable with bracelets or even whole pictures made from woven human hair? How about hair pieces and wigs that use the locks of impoverished or dead girls? There does seem to be a subtle distinction in the use of the hair, depending upon whether it is displayed simply as a memorial piece, or if its purpose has been adapted to create a piece of art. Perhaps this is the line of sensibility where some people may find its use unacceptable. But then hair is dead. It can be cut from the body during life without causing harm. 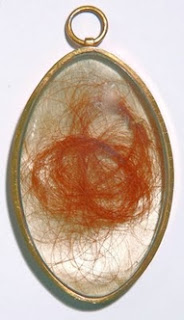 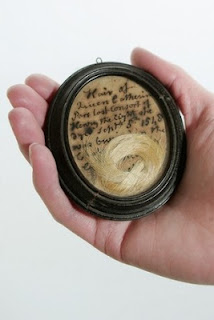 The ethics of displaying human remains have been pushed to the limit in the twenty first century. The Florida based “Bodies…the Exhibition,” which opened in 2005, caused much controversy by displaying real cadavers preserved by a rubberisation process discovered in the 1970s. Gunter von Hagens, the German anatomist behind the discovery, has been openly criticised for performing autopsies in public, such as the one in a London theatre in 2002. His “Body Worlds” exhibition, using rubberised corpses, met with significant legal challenges before and after it was shown in Manchester. Some people found it fascinating, considering it educative, while others were repelled and insulted. It is futile to reopen the old question of whether or not this is art. Art is whatever the artist or viewer perceives it to be and can be debated ad infinitum. What is important to remember, is that these people had given their consent. That may also be a defining factor: Richard has not consented to the exhumation and analysis of his bones. Yet there is no way he could possibly have anticipated these events, let alone the nature of the world, five centuries after his death. 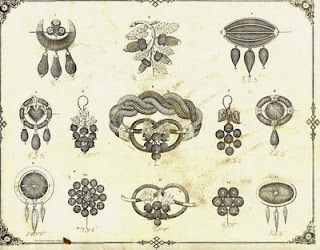 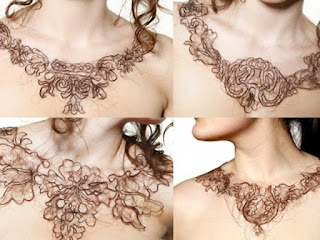 
One example may highlight that the time scale is also a factor here. Think of the cases of Egyptian mummies in the British museum , which many consider to be acceptable family viewing, fascinating to see in all their glory. This may be because the robbery and destruction of their graves happened in the past and the damage has already been done. They are less connected with us, distanced by time and culture, whereas Richard is still a vivid part of English culture and subject to impassioned debate. Inevitably, his remains are rendered more controversial due to their royal status; after all, the Queen has refused permission for the reopening of the Westminster Abbey urn reported to contain the remains of the Princes in the Tower, discovered in the late seventeenth century.

Also, there is the question of whether we need to see these bones ? Or is it just that we want to ? After all, bones are just bones, aren’t they ? Actually, no. Not in this case, when they may provide critical visual evidence regarding the possible curvature of the King’s spine and manner of his death. Of course, we trust the archaeologists to make a full and truthful report of their findings but if books on the Princes in the Tower can include photographs of the skull of the nine-year-old Anne de Mowbray, wife of Prince Richard of York, can we not also expect these bones to be photographed for future publications ? There is nothing so inspiring for the student of history to get up close and personal with the past: such connections bring home the humanity of distant figures and rightly or wrongly, give the observer a thrill of association. Some may call this ghoulish, others may see it as legitimate interest.  Whilst it will be impossible to exclude those whose interest is purely voyeuristic, this must be balanced against genuine scientific education and archaeological ethics. If the bones are ever photographed or put on display, it must be done so with the respect and consideration that Richard's beliefs and rank deserve. 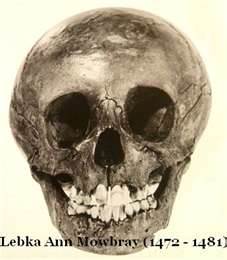 While the decision taken by Leicester University not to make images of their discoveries public may disappoint, it is overshadowed by the larger question of the bones’ identity. The countdown to the DNA results and the passionate debates surrounding their reinterment has somewhat distracted focus from this issue. There is without doubt a valid educational reason for the remains to be seen but the employment of a children’s illustrator-style artist to recreate the scenes seems a little patronising. The Richard III society has, in the past few days, rightly given the Grey Friars excavation its Robert Hamblin Award for work of outstanding service. Open days, free to the public, have allowed those interested to view the proceedings and regular press updates have kept this story in the public eye. It only remains to be seen now what the outcome of the DNA test will be and how the bones, whoever they may be, are finally laid to rest.