Richard III: "Might I very politely request a fresh horse?"

Shakespeare’s dramatic version of Richard III's story was not the only one produced at the end of the Sixteenth Century. Nor was it the first. However, it is the one that has lasted, while the existence of others has been forgotten. Why? 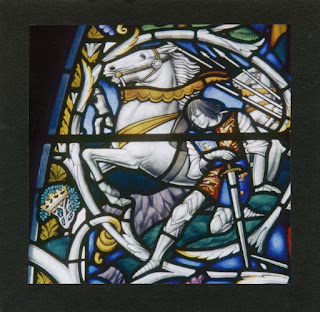 Richard losing his crown at Bosworth Field, from Southwark Cathedral.


Richard III’s reputation and appearance have dominated the press since the discovery of his remains was confirmed by Leicester University on 4 February this year.  The world had been eagerly anticipating the DNA results, which would prove his identity, but the skeleton yielded some further unexpected and dramatic evidence. It seems that Richard may not have been too far removed from the “hunchback” that centuries of his supporters had been trying to deny. His spine displayed clear signs of idiopathic adolescent-onset scoliosis, which would have reduced his height and possibly given him protruding ribs on one side, while the comparison drawn between each end of his clavicle indicated that the right was more worn than the left. It is probable that one of his shoulders was, in fact, higher, although this would not necessarily have been visible under clothing. This is precisely the sort of detail that loyal subjects would have ignored during life and enemies exaggerated after his death. With sixteenth century accounts using the politically incorrect terms “hunch-back” “cripple” and “deformed” interchangeably, before the recognition of scoliosis as a condition, the age-old literary stereotype of Richard’s appearance was confirmed by the discovery of his bones. 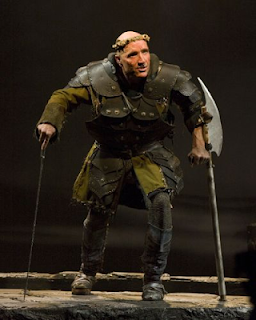 Steve Weingarter as Richard III in 2009 at A Noise Within


Shakespeare’s vision of Richard was drawn from a number of sources. The earliest and most extreme descriptions are to be found in the second Rous Roll, (1491) by the Neville family chronicler, John Rous. These included the legend of the King's supposed two year gestation, a physical impossibility, and his arrival with a full set of teeth. However, Rous’s first version of the history, presented to Richard’s wife, Queen Anne, in 1484, contained nothing but fulsome praise. Later, he was unable to access it after the advent of the Tudors, so produced a second, condemnatory work in the possible belief that Richard had poisoned his wife, Rous' patroness, Anne Neville. Thomas More further exaggerated the legends of deformity, when writing between 1512 and 1519, adding in details of Richard's “breech-birth” and “hard-faced” appearance. More may have been a mere child when Richard was King, being born in 1478, but he did spend the years 1490 to 1492 as a page in the household of John Morton, Archbishop of Canterbury, who had known Richard throughout his life and was a supporter of Margaret of Anjou. More’s version of events formed the basis of later histories by Vergil, Hall and Holinshed, which Shakespeare used as his sources. The majority of seventeenth century depictions of Richard conform to this presentation of the King as a villain whose moral turpitude was correlative with his misshapen body. It was not until the eighteenth century, when writers and historians began their reassessment of Richard’s reputation and appearance, with Prime Minister, Horace Walpole, Jane Austen and poet laureate Colley Cibber presenting him in a more favourable light.


However, the existence of two pre-Shakespearean plays depicting Richard’s story have hitherto been overlooked outside academic circles. The nineteenth century editors of the anonymous “The True Tragedie of Richard III” suggested that Shakespeare must have seen this earlier version and possibly also, the Latin “Richardus Tertius” by Thomas Legge (1535-1607). Legge’s play was composed while he was master of Caius College, Cambridge, and performed at St John’s in 1579 and 1583. It is quite possible that the young Christopher Marlowe, who was awarded his BA degree in 1584, also saw these productions or subsequent ones, along with fellow dramatist Thomas Nashe, who is thought to have been in the audience. It is unclear though, whether this play was enacted outside university circles and was actually seen by Shakespeare, or if their overlap is explained by their mutual sources. “Richardus Tertius” was written over a decade before Shakespeare’s play and prepared for publication in 1582/3 but never printed.  It portrays Richard as a complex man, although he is still “evil” but interestingly, features no physical deformities. The account is very close to More and Hall’s versions of events with little new material; there are rumours of his wife Anne’s death before her demise and like Shakespeare, the playwright intimates that she was poisoned. Richard goes on to woo his niece Elizabeth of York but she refuses him. 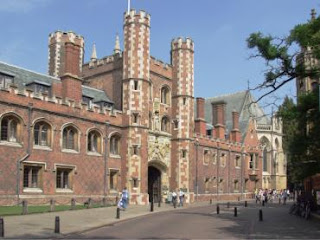 St John's College, Cambridge, where Legge's Richardus Tertius was performed in 1579 and 1583

The other play, “The True Tragedie of Richard III” was performed “often” even though its later editors considered it to be a “humble work” which uses some “corrupt Latin” and a “bad,” ie. poorly crafted, play. It does seem from several references, particularly the scene prior to the deaths of the two Princes in 1483, that the unknown author had read More’s history and perhaps others. The King in this early play calls for “a horse, a fresh horse,” in comparison with the more famous “a horse, a horse, my Kingdom for a horse!” The surviving manuscript of “The True Tragedie of Richard III” dates from 1594 but the play was written and produced several years before. It reputes the deaths of Henry VI and George, Duke of Clarence to Richard, who is depicted according to More’s tradition, as ill-shaped, crook backed and lame-armed. Interestingly, this play makes frequent use of the voices of witnesses and citizens, giving a sense of public feeling. One citizen speaks up for Richard, saying that before he was King, there were “no men, no laws, no Princes, no orders” and recalling “what fraies had we in the streets” before Richard’s peace with England and Scotland. A key narrative role is taken by the King’s page, who tells Richard that there is “murmur” in the streets among the people of the “baser” sort, one of whom, an innkeeper calls the King “the worst guest” who ever came to his house. A serving man, Morton, informs us that Richard has named John, Earl of Lincoln, his nephew, his heir and relates that Richard and Buckingham have fallen out. Much of the story is put into the mouths of witnesses, which perhaps reflects the author’s awareness of the nature of oral history and his own use of common beliefs and myths.  However, this lessens the dramatic impact, as important action takes place off stage. Richard’s wife Anne is not mentioned, nor is his son; we only see Richard pressing his suit to Elizabeth of York, in a similar way to a 1614 poem "The Ghost of Richard III". At the end, after Henry Tudor has been victorious on Bosworth Field, Richard’s body is drawn stark naked through the streets of Leicester on a collier’s horse, reminiscent of the findings of Leicester University regarding the opportunistic, humiliation wounds inflicted on his body after death. 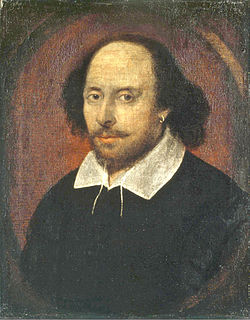 William Shakespeare, who wrote his version of Richard's story in 1591/2


When Shakespeare came to write his version of Richard’s story, he had a variety of sources to draw on. Apart from the expected More, Hall and Holinshed though, his play was written within what appears to have been a surge of interest in the King’s reign in the late 1580s and early 90s. This period also saw the composition of other plays dealing with the usurpation of power, like Marlowe’s Edward II, the anonymous Edmund Ironside and Peele’s Edward I. The publication of Holinshed’s 1587 chronicle provided them with a wealth of historical narratives to choose from. Shakespeare may have seen, or even acted in, one of the extant versions of Richard’s tragedy and decided that he could improve on the story. Christopher Marlowe’s Edward II was believed to have been influenced by it and must have been a fairly immediate response, as Marlowe died in 1593. However, the timing would not necessarily be so tight if Marlowe had witnessed the performance of Legge’s play at Cambridge in 1579 or 1583. The diary of Philip Henslowe for December 1593 and January 1594 records the performance of a popular play called “Buckingham” which may have been an early version of Shakespeare’s "Richard III". The depictions of Richard in popular culture, a century after his death, did continue the negative portrayal of the King that had begun soon after Bosworth. What does seem surprising though, is the sheer amount of interest, even then, given the existence of these additional plays. Shakespeare was not being original when he wrote his version of the story. Yet, originality was not his intention, entertainment was. He saw a good story, which he could make his own, and improved on the attempts of existing dramatists, less skilled than himself. It is because of his superior abilities as a dramatist, rather than any historical insight, that his version has shaped modern popular concepts of the King, while others have been forgotten.
Posted by Amy Licence at 07:50