Sydney and Violet Schiff: A new biography of a marginal modern marriage. 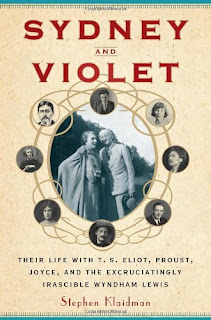 “Modernism” is a generous umbrella, covering a breadth of groups, individuals and media. The big names of the art and literary worlds have received much critical attention in recent years but less well appreciated have been its patrons and facilitators, the hosts, friends and supporters who provided the glue between disparate artists. Stephen Klaidman’s new biography of Sydney and Violet Schiff highlights an interesting couple, who made their own contribution to literary circles of the 1920s.


Relatively overlooked until now, the Schiffs appear on the surface to be a conventional middle class couple, based in London and the South of France. However, their correspondence and friendships included figures such as Picasso, D.H.Lawrence, James Joyce and Aldous Huxley. Klaidman has written a fascinating book, using the Schiffs to reflect light on their more famous friends and has tried hard to rehabilitate their reputation as a literary couple. However, their own output is rarely read today and for the reader, one Schiff consistently emerges as rather more radiant and engaging then the other. Klaidman's style leaves little doubt where his sympathies lie, backhandedly apologising for Sydney’s clumsiness and giving the impression that the husband overshadowed his wife’s talents. This book highlights Violet’s own wasted potential as much as her gift for friendship, or what Willa Muir described as her genius for womanhood.


After establishing the circumstances under which the Schiffs met and married, Klaidman’s book really takes off when he examines their friendships in the early 1920s. Surviving letters from this period allow another window into the existing biographies of figures such as Katherine Mansfield, Wyndham Lewis and T.S. Eliot and stress the personal affection in which they held the Schiffs as a couple. Most interesting though, are the detailed letters that they sent and received from the reclusive Marcel Proust during the last part of his life. A vivid picture of Proust emerges, ensconced in his Parisian flat reading the final proofs of À la Recherche de Temps Perdu, wrapped in furs and sending his chauffeur to the Ritz for cold beers. This is perhaps the most satisfying section of the book, with the epistolary friendship developing in the reclusive writer’s dying years; I did feel though, that Klaidman did not quite convince me why Proust would select the Schiffs as his confidants during this time. Perhaps this was down to the nature of the friendship, as the trio only met in person on a handful of occasions and a portion of the letters are missing. Otherwise, Klaidman does a good job  with the remaining evidence, presenting the highs and lows of their association. 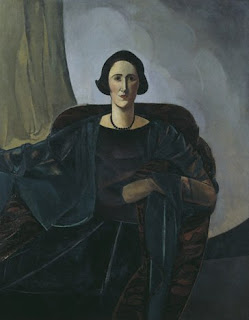 Proust and Sydney Schiff had a common connection in their shared craft. Writing under the pseudonym Stephen Hudson, Sydney produced a number of novels, which have not survived the test of time as well as those of his friend.  Klaidman presents his works as collaborations with Violet, whom Proust certainly found to be the more sympathetic and gifted critic. The extent to which she contributed to Sydney’s work is unclear and Klaidman is convinced by her qualities as a critical and incisive reader of her husband and friends’ work. Some even suspected her of authoring Hudson’s work but it is frustrating that little evidence survives about the extent of her involvement and whether the process of composition was shared. She comes across as the more engaging of the pair, with her intellect, empathy and musical gifts being appreciated among her friends but never finding fruition in wider circles. The book certainly left me with an appetite to discover more about Violet, almost regretting that she did not put pen to paper independently of Sydney.


The prominence of Wyndham Lewis in the book’s title is a little misleading, as he plays an equal or lesser part in the narrative than figures like Eliot and Proust. The reader is left in little doubt that this is down to the author’s own personal preference, as although Lewis’s behaviour and views do emerge as “excrutiatingly irascible” even when considered objectively, Klaidman goes much further and describes his work as “monstrous, ramblshackle… blunderbuss,” pretentious, irrelevant, banal, plotless,  prejudice, mean-spirited, humourless, self-serving and enveloping the reader like quicksand.” This forceful opinion is a little distracting and appears to emerge from Lewis’s perceived ingratitude for the Schiff’s material support, when a less colourful condemnation may have been less obtrusive.


Largely, this was a satisfying read, which sheds a useful and interesting insight on modernist circles. It was well-paced and full of the interesting details and anecdotes that remain in the mind. In certain places, the book could have supported more background material, such as when it came to Violet’s early life and the position of Jews in inter-war London. Also, particular passages ended abruptly, like the death of Katherine Mansfield and incarcertation of Vivienne Eliot but this was perhaps an indication that the author had been successful making these characters interesting. The Modernist furrow has been well ploughed by biographers but until now, the Schiffs have languished in the margins. This may well be because in terms of literary output they are, in fact, marginal figures, but this book brings their role as valued mentors and friends into the light in an anecdotal and enjoyable way.
Posted by Amy Licence at 09:27