No place for the Innocent. 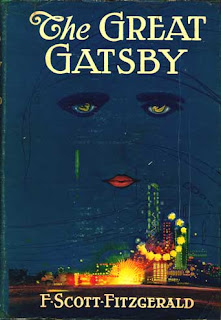 Published in 1925, the decadent romance of The Great Gatsby remains as alluring and elusive as ever. It is a tale of lost illusions, almost hagiographical, as narrator Nick Carraway deifies his dead friend in a way that speaks volumes about his devotion and causes some critics to question his sexuality. By the novel’s end, adultery, accidental death, betrayal and murder leave the naïve Carraway longing to return to the simpler, family-oriented life he had previously struggled to escape. The louche sophistication of New York, with its casual liaisons and broken promises cuts to the heart of the American Dream, of which Carraway is made a victim by his fundamental sense of fair play and loyalty. As Gatsby’s disciples fade away, only he is left, to organise the funeral and meet the dead millionaire’s father: it is a bitter lesson for a young man.
In a moment of poignant realisation, Carraway concludes his story with a lament for an idealised pre-Lapsian American landscape; an old, innocent life of fresh air and nature. Adopting the perspective of the Seventeenth Century Dutch settlers for whom the old island “flowered,” with a “fresh green breast,” stilling them in an “enchanted moment” of “aesthetic contemplation,” he regrets the country’s metaphoric lost purity and his own more recent awakening. This nostalgia for the vision of a clean, bright motherland offers a bittersweet message at the end of the novel: he sees the national impetus for self and social betterment, the belief that “tomorrow we will run faster, stretch out our arms further…” as self-defeating. The American Dream is an elusive grail, its capture elliptically suggested “one fine morning” but never realised, making the Platonic quests of “modern” (1920s) Americans as futile as “boats against the current, borne back ceaselessly into the past.”  It is upon this flawed, irretrievable vision that Carraway pins the failure of Gatsby’s vision; his warning “you can’t repeat the past” cannot correct his friend’s blindness to the dark side of his dream: “Gatsby believed in the green light, the orgiastic future that year by year recedes before us.” Ironically the greenness of the light inviting Gatsby to pursue his dream is a false, man-made version of the true verdant landscape of the country’s innocence.
But perhaps there is more to Carraway’s yearnings. As a Mid-West American, he is an outsider, a social migrant and his ruminations are underlined by the experiences of migrants and immigrants of all nationalities, whose presence swelled the districts of central New York in the decades either side of the turn of the last century: by 1900, six out of every ten children in the city were not native born. They flocked to the city to escape poverty and persecution, dreaming of a better life where a nobody could rise to become president. Anything was considered possible in the socially-mobile new world, a dream voiced by Carraway as Gatsby’s car passes over the Queensboro’ bridge, but his “anything could happen” springs from the seemingly magical possibilities that wealth and privilege can bring, inspired by the “wild promise of all the mystery and beauty in the world” of the “sugar lump…city seen for the first time.”  At the other end of the social scale, vast crowds flocked to take advantage of an economy that was years ahead of Europe, sometimes to find the reality was just as harsh as that they had left behind, complicated by the territorial warfare of over-crowded tenement districts, such as those photographed so powerfully by social reformer Jacob Riis.
Fitzgerald’s view of the city is elitist and selective; a distorted fantasy of opportunity which contradicts some evocations of New York at the time, such as Henry Roth’s “Call it Sleep,” and the short stories of Anzia Yezierska, whilst later works like E.L.Doctrow’s “Ragtime” attempt to unite these seemingly disparate halves. Using a similar narrative of awakening, Doctrow fiercely undermines his child narrator’s innocence, following “there were no negroes. There were no immigrants,” a page later with; “apparently there were negroes. There were Immigrants.” A certain tense inversion of expectations is sensed as Gatsby’s car travels over the Queensboro’ bridge, passed by a limousine driven by a white chauffeur “in which sat three modish negroes…the yolks of their eyeballs rolled towards us in haughty rivalry” but this only causes Nick amusement, as do Tom Buchanan’s pronouncements about the threat to the “Nordic race.” Carraway’s and Fitzgerald’s concerns do not lie with the immigrants; it is simply a struggle that pits them against each other and Nick’s lack of solidarity with them is part of his essential detachment. He has come to the city in search of excitement, on the flimsy pretext of a dull job and the marriage of his cousin Daisy. Secretive and reticent, he serves as the foil to Gatsby’s ebullience: the rest of New York can take care of itself. 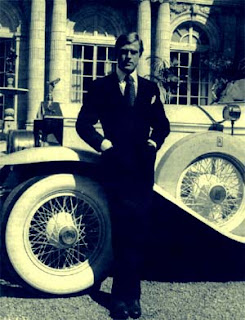 Robert Redford as Gatsby in the 1974 film