The Rebirth of a Catholic Queen. 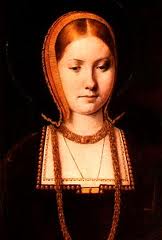 The young widow
To placate the seemingly insatiable modern appetite for the Tudors, biographers and historians have been seeking fresh angles on old favourites. Increasingly, the same narrow ground of Henry VIII’s marital struggles and Elizabeth’s courtiers is ploughed, while less popular figures like Henry VII and Edward VI are only tickled by the fingers of history. One surprising new darling of the biography shelf though, is Catherine of Aragon, the previously much maligned Spanish princess whose refusal to grant Henry VIII a divorce sparked his break with Rome and the redefinition of the English church.
Giles Tremlett’s biography “Catherine of Aragon: Henry’s Spanish Queen,” published in November 2010, was the first to reengage with this interesting and neglected figure, with Julie Fox’s dual biography “Sister Queens,” featuring Catherine and the legendary mad Juana following shortly after. Patrick Williams will complete the triumvirate with another new life, due for publication this October. This rash of interest may have been inspired by the five hundredth anniversary of her marriage and accession to the throne in 1509 or may be a consequence of the interest in her dazzling rival Anne Boleyn. 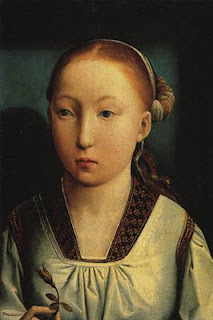 A spanish infanta, recently supposed to be Catherine.
Catherine has always suffered through comparison with the woman who replaced her. Anne’s allure is still felt by readers and historians interested in her powers of seduction and the heinous injustice of her fall; the Boleyn industry had spawned many times more books for Anne’s three year reign than Catherine’s entire twenty-four years of marriage. And as the opponent of the glamorous, quick-witted Anne, Catherine has tended to be painted as an old, obstinate and miserable figure, whose attempts to cling onto her husband stood in the way of the path of supposed “true love.” It was also Anne Boleyn’s modernism that held Catherine’s popular reputation in check. Recent studies have focussed on Anne as a religious reformer, berating nuns for not strictly adhering to moral codes and introducing the King to seditious literature. Her famous resistance to Henry’s advances and insistence on a relationship of sexual equality, expose her as far more than the figure head of Tudor factional politics. She has been liberated from the one-dimensional biographical depictions as either temptress or victim, while the Queen has remained her simplistic foil. These elements strike a chord with a modern reader, through which contrast Catherine appears to be old-fashioned and misguided. Yet Tremlett’s biography makes clear that she was in fact, an admirable, majestic, devoted and popular queen, dispelling the myths of straight-laced control to show her dancing, singing, laughing and enjoying the pleasures of the royal bed.
What Catherine possessed that Anne lacked was an inherited regality and understanding of the nature of Queenship. She was not averse to using theatre and histrionics when the occasion demanded yet she always performed within the compass of her role; there would be none of Anne Boleyn’s upstart confrontationalism that so damaged her relations with Henry and gave rise to his famous threat to cast her down, just as he had raised her up. Catherine’s demeanour was always royal. The daughter of two of the most powerful rulers of early modern Europe, Ferdinand of Aragon and Isabella of Castile, she was reared amid much elaborate pomp and ceremony and knew when to use her strength and when to bite her tongue: frequently her queenly nature won over the messengers sent by Henry to browbeat her into submission. One of the highlights of Tremlett’s biography is the section spent on her childhood in Spain, a unique insight previously lacking from studies, which Tremlett is well placed to write as the Guardian’s Madrid correspondent. The princess is pictured at key moments, delineated in vivid details of war, ceremony and marriage, contrasting sharply with her later years of privation in England. Leaving the exotic, sun-drenched and barbaric life of her parents, she was ready to rule, even though she was never intended for Henry VIII. In many ways, it was her unshakeable belief in her own regality that was to cause problems later. 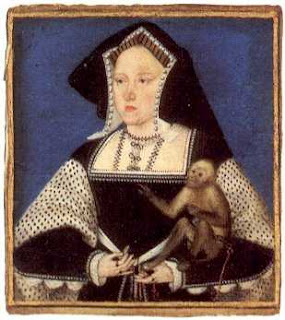 The triumphant queen
There is little new material in Tremlett’s handling of Catherine’s short-lived marriage to Arthur, Prince of Wales, the same old question of consummation evades answer, yet he approaches her hitherto neglected years of widowhood with a degree of empathy. His Catherine is an admirable survivor, caught between the difficult figures of Henry VII and her father, whilst trying to maintain her rapidly diminishing household. One of the things Tremlett does very well is to address the interplay of the personal and private, exploring Catherine’s illnesses and personal relationships in parallel with her role as an international figure. It was a waiting game, the outcome of which was never guaranteed. When, after seven years, she finally married Henry and became Queen, the happiest period of her life began. Readers of popular Tudor history might be forgiven for not realising her marriage lasted more than twice as long than those of the king’s five other wives put together. Tremlett stresses convincingly how well suited the pair were and in spite of Henry’s roving eye, Catherine’s position at his side was initially unquestioned.
The problem arose when it came to producing an heir. The real tragedy lies in Catherine’s string of miscarriages and stillbirths: by the early 1520s, with only one surviving daughter, relations between the couple began to change. Anne Boleyn arrived at court and the rest is well known. Where Tremlett’s biography manages to look at the old issue afresh, is in Catherine’s role in the Reformation. Undoubtedly, her refusal to retire from her marriage and her insistence on her queenship until the day of her death, contributed to the religious changes of the 1530s. Without her obstinacy, England may have remained a Catholic country until the death of Henry VIII and the lives of many of her advocates such as Thomas More and John Fisher, may have been spared. She was also prepared to become a martyr herself and to include her daughter in her fate. Yet Catherine did not have the benefit of hindsight. She could not have predicted just how far Henry would go in order to marry Anne Boleyn: in fact, the most common aspect of her response to the divorce was disbelief. She continued to believe that her husband would come to his senses and summon her again, even after she had heard of his remarriage and the birth of Elizabeth. In this, she was Henry’s match. They underestimated each other and the result was the Henrician Reformation.
Catherine died in 1536 just after her fiftieth birthday, removed from the husband and daughter she loved, as well as most of her friends. Henry gradually isolated her from the centre of court life until she found herself in virtual exile. Tremlett’s biography presents a mixed picture of a complex woman, who emerges admirably in adversity. Yet her stubbornness and sense of self importance, although a facet of her time, was largely responsible for changing those times. It is a long overdue reassessment of a life that has moments of intense joy and success, such as in her relations with her daughter and her regency during the French and Scottish wars, as well as the affection the English people had for her. Yet above all it is a tragedy and a great love story, for what emerges most from Tremlett’s book are the cruel twists of fate that affected the couple’s ability to have children: had Catherine born a healthy son, the marriage might have endured and remained happy. Speculation and "what'ifs" are a notorious cul-de-sac of history but it is on such small things that monumental historical changes hang. The fate of a nation was determined by the fertility of a Spanish princess’s womb. 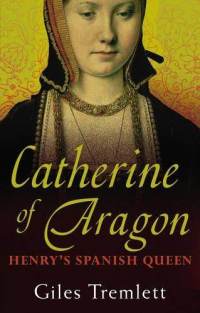